Even as traditional food businesses keep up with the times, they must keep their “soul” while showing empathy towards their customers, says Larry Peh.

When Tong Heng approached him to rebrand their over eight-decades-old business, Larry Peh knew it would be a fine balancing act. The Cantonese pastry shop in Chinatown is well-known amongst older Singaporeans for its diamond-shaped egg tarts. But its new generation owner, Ana Fong, also wanted to attract a younger audience so the business would continue thriving.

“The question for these brands is: ‘How do we change ourselves without alienating the older fans?’,” says Larry. “Yet, we also want younger audiences to look at them and say, ‘Sounds interesting. I want to try it out.’.” 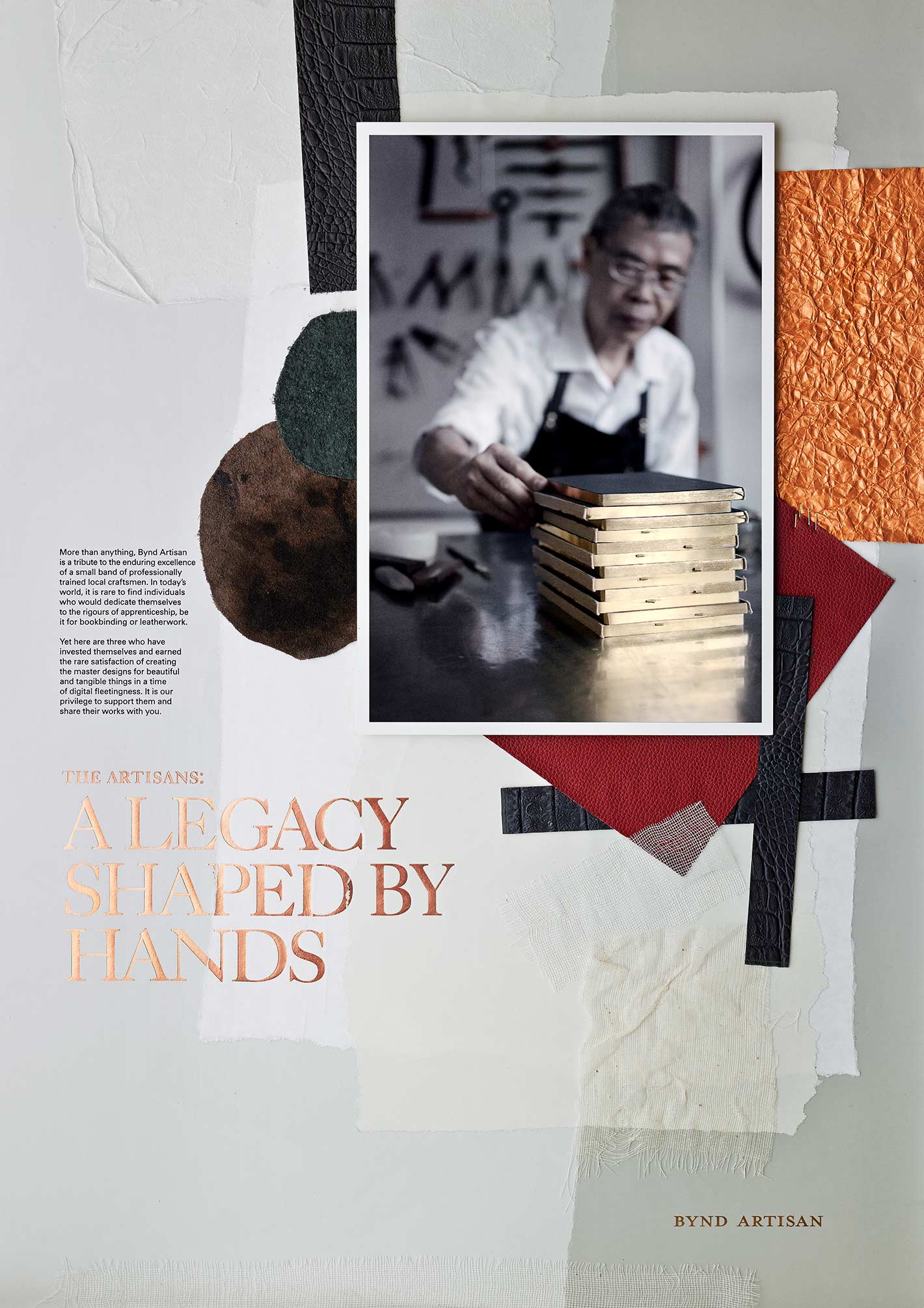 A bookbinder—a craftsman who hand-folds, hand-sews, and hand-cuts books—is a dream client for many graphic designers. It’s no wonder creative agency &Larry were excited to work on the rebranding for Bynd Artisan, a new atelier set up by stationery and leather craft goods manufacturer Grandluxe to promote the craft of bookbinding in Singapore.

Despite the client’s wealth of heritage and tradition (they go back three generations), &Larry was careful not to historicize the subject for the contemporary audience. Instead, creative director Larry Peh and his team went the modern and elegant aesthetic, a signature style of &Larry that has won the decade-old studio much acclaim, including most recently, Singapore’s President’s Design Award Designer of the Year in 2014.

Looking back to see the future of Singapore design

Dragons, those harbingers of growth and vitality, are twisting through Singapore once again. A design icon once ubiquitous in this city, the “Singapore dragon” is an angular, pixelated head with one octagonal eye. The rudimentary logo was conceived in the late 1970s, when the former British colony, having gained independence in 1965, was still conjuring an identity.

The dragon was designer Ean Ghee Khor’s response. Tasked to create “Singapore playgrounds” for the government’s massive public housing program, Khor sought to imbue them with the nation’s personality by employing representations of local fruits and animals throughout them. Over the next two decades, across Singapore, it was the lively dragon of Chinese origin that became the playground model of choice. Since the 1990s, however, all but two of Khor’s playgrounds have been replaced by uninspiring, modular plastic units made by multinational playground companies. But of late his serpent is reappearing in a variety of forms.