Whether it is rethinking the workplace, charting the future of farming or redesigning postal services of tomorrow, four disruptors are defying space constraints and show us nothing is impossible. 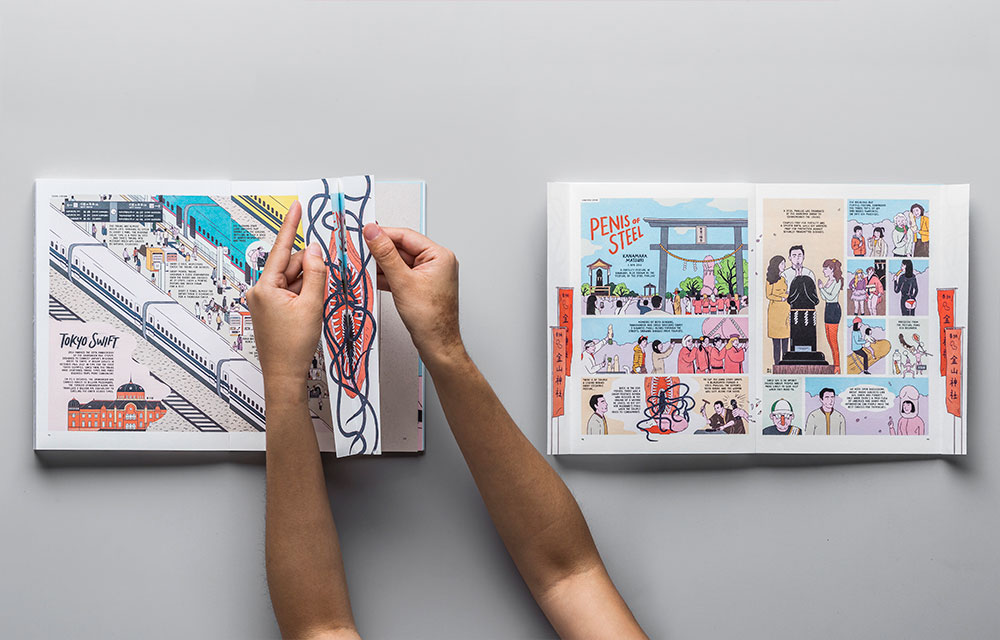 Comics and annual reports may sit on opposites ends of the bookshelf, but something kind of wonderful happened when design studio Couple combined them to create George Goes to Japan, a 111-page graphic novel recounting the work of Singapore philanthropy organization Lien Foundation. The medium seemed unconventional to the studio, led by Zann Wan and Kelvin Lok—all the more appropriate for a foundation that believes in “radical philanthropy,” as a method of tackling problems on eldercare, early childhood and water sanitation with “audacious creativity” for social good.

Coastlines, canals, and carparks are just some of the unusual locations in Singapore for tomorrow’s pre-schools if Lekker Architects have their way.

In anticipation of the government’s plans to build more pre-schools, philantrophic organisation Lien Foundation approached the architecture firm last year to rethink the design of educational spaces for young children.

The result is “A Different Class: Preschool Spaces Redefined”, a collection of 10 pre-school designs that break out of the current enclosed units commonly found in the void decks of public housing estates here. Not only did Lekker try to invent new concepts for what pre-schools in Singapore could be, they also sought out unconventional locations for them so as to overcome the existing limitation of where they are typically housed.

“Schools are currently built in a narrow range of settings and many of these, such as void deck units, constrain the potential of design and hamper the creation of compelling buildings for our children. Inspiring spaces are all around us. These include highway buffers, large drains and our beaches and waterways,” said Lien Foundation chief executive Lee Poh Wah to the Straits Times.

More than just fantasy proposals, Lekker ensured the feasibility of their proposals by scouting possible locations for each, and they have been included in the report. Their different designs were also guided by 10 principles that include learning through experience and playing, fostering a sense of community and ownership, and creating spaces that are distinctive and sensitive to their location.

Lekker’s concepts are free for anyone to use and you can check them out on A Different Class where the full report designed by Epigram is available for download. You can also vote for your favourite designs, suggest locations, and from now till 30 September, propose better concepts and stand to win an iPhone 6+.