Just as the equal symbol is signified by two parallel lines, Equivalence presents two different things that are expressed to be the same. This is the equation—in the form of 1,001 photographs—that confronts visitors to the chapel turned gallery of Objectifs. Amongst a sea of a thousand pictures each depicting a crushed aluminium can recovered from the trash in Singapore sits a single image of a consumer good purchased from a shop. The former was discarded and deemed worthless by consumers. The latter was acquired in exchange for something of value. Yet, an equivalence connects the two.

Their common economic value of 15 Singapore dollars is what balances this seemingly unequal equation. That the scrap metal industry can turn a used aluminium can into a commodity is a testament of the free market economy’s ability to convert garbage into gold. But by equating the value of what some in Singapore need for survival to the cost of a thing that others covet for pleasure, Equivalence also sums up the inequality such an economy brings about.

This is a pressing issue for developed economies around the world today. Popularly expressed as the 99% versus the 1%, this income and wealth gap is the inevitable result of outsourcing the allocation of scarce global resources to the free market’s “invisible hand”. All things being equal, inequality is the answer. Besides polarising societies, such an economy blinds consumers to its mechanics too. From how industrial-scale production drives wages to unsustainable lows to mass consumption’s insatiable appetite for resources and the resulting huge amounts of waste, these products of the free market economy are often far away from snazzy shopping centres and liveable cities. Out of sight and out of mind, what consumers are left with is an abstract worldview: everything simply comes with a price tag, minus the hard to quantify costs. We value the things around us by flattening everything into a price. We quantify our lives as if we were nothing more than engines of value. We speak of our homes as income-generating properties, and even measure the worth of our cities based on their economies. We’ve developed a world that makes most sense (and cents) for those who can afford to live in such a free market.

For the many who struggle to fit into this equation, they have to turn to alternative means such as salvaging aluminium cans and other remains of the consumption cycle, often from the public streets. Even such avenues are increasingly being priced out by the widening reach of the economy. A recent drop in scrap metal prices has made collecting aluminium cans unprofitable. Public spaces in cities are increasingly being privatised, squeezing out those who cannot afford to rent. In a world that is becoming so rationally divided by the common denominator of the free market, what happens to those who equate to be the remainder? This is what Equivalence asks through its photographic juxtaposition of our wants and needs in contemporary urban living. This inquiry by the Beijing-based Chow and Lin—made up of photographer Stefen Chow and economist Lin Hui Yi—emerges out of the rapid urbanisation of Asia, a phenomenon that has prompted a next generation to question the region’s historic adoption of Western developmental models. Just as how the late German conceptual photographers Bernd and Hilla Becher visualised the architecture of industrialisation in the 20th century—capturing water towers, coal bunkers, factory facades, amongst others—Chow and Lin bring to life globalisation in the 21st century by methodically documenting the products of our global economy. Equivalence mirrors the spectacular readymade installations of leading conceptual artists in Asia, such as the Beijing-based Song Dong and the New Delhi-based Subodh Gupta, by assembling a near life-size infographic of everyday goods from Asia to visualise the architecture of living in this region today.

Faced with an equation that adds up to be correct, but not right, Equivalence offers us an answer that only prompts more questions: Why makes things equivalent? How can the world be equal? That any equation is balanced only reflects a state of affairs in equilibrium—not necessarily one that is equitable. If this is the cost of a stability today, dare we formulate another way to value our world tomorrow?

➜ Find out more about the Equivalence project here 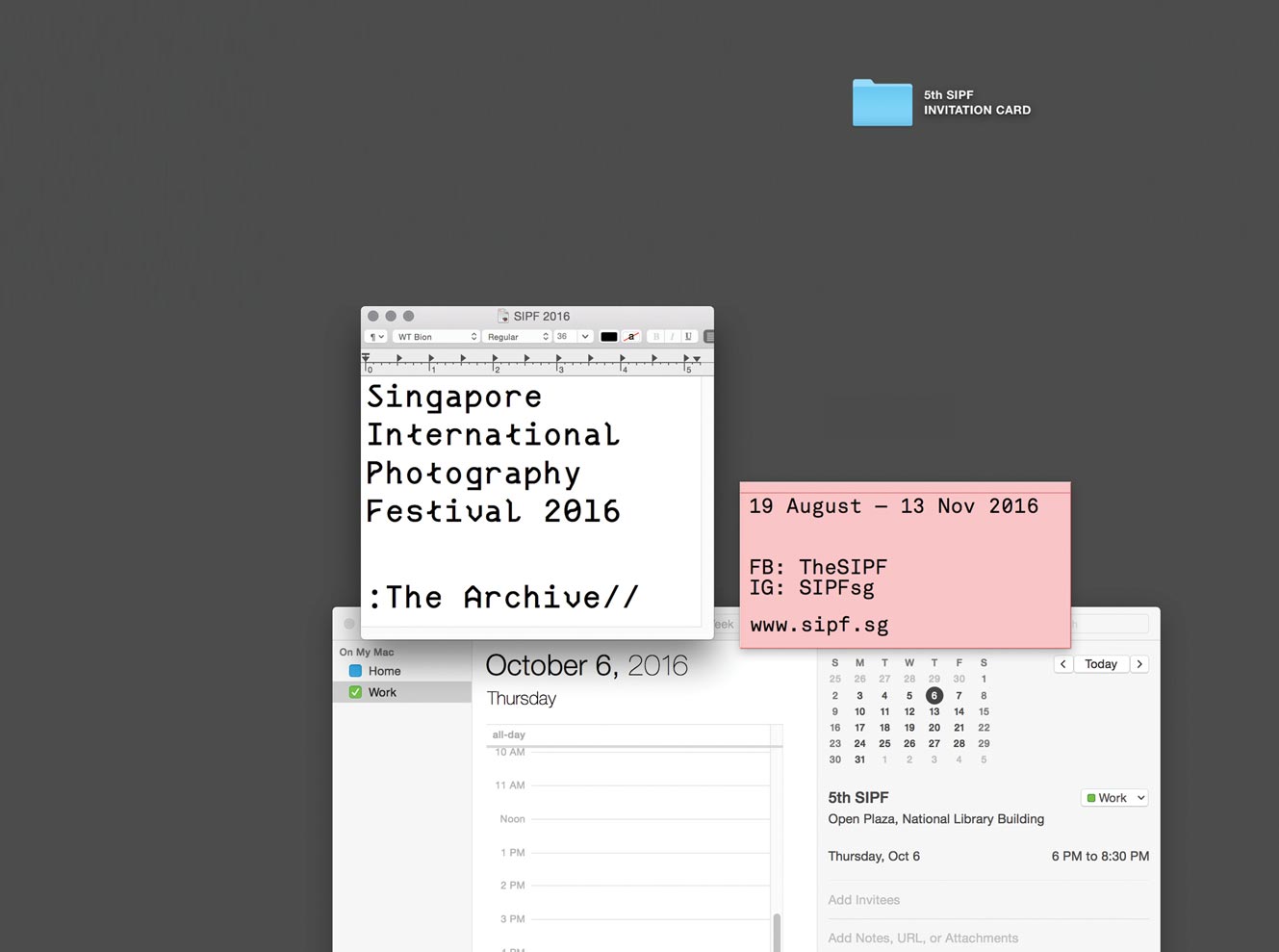 To chance upon a pocket of space in land-scarce Singapore is to have fortuitously arrived at an in-between moment in the city-state’s relentless urban march—a pause after something was demolished; a pause before a construction site emerges.

In that moment, the land is emptied but not empty. The urban fabric has opened up a space for contemplation: to think outside the boundaries of a city so neatly delineated by its state planners and real estate developers. As Singapore builds itself up to house a projected population of 6.9 million people by 2030, such temporary voids offer us a momentary frontier of possibilities, before they become concretized as urban structures again.