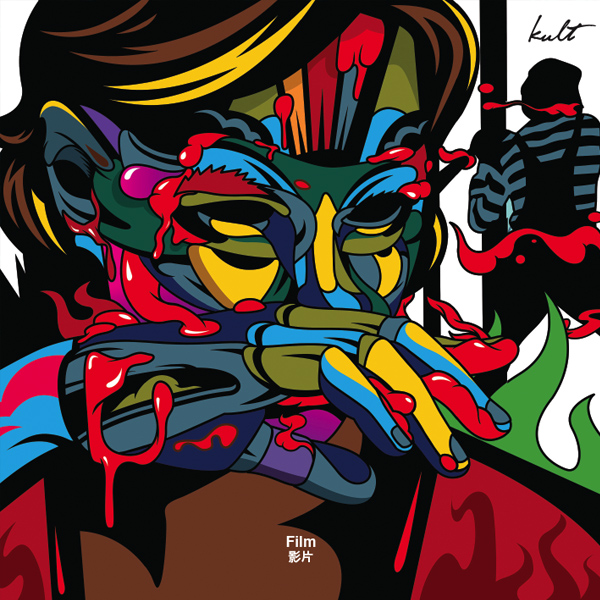 Unleash creatives from around the world into a white cube gallery. Give them a single theme to respond to. Flatten the result to a thin, roughly 7” x 7” magazine. This is kult: an 80-page visual feast oozing with illustrations, graphics, and photographs of all shapes, colors, and styles.

From “AIDS” to “Fortune,” and its upcoming issue on “Cars,” kult has been using the visual language of advertising to sell messages on social issues since 2009. It all started when designer Steve Lawler wanted to share works from an exhibition he curated a decade prior. Once he quit his job at Ogilvy’s Singapore outpost after becoming disillusioned with the industry, the interactive designer with a truly international calling card (born in Iran, raised in Hong Kong, studied and worked in Europe, and now based in Singapore) turned to making prints and curating art shows. For a 2006 group exhibition, he invited artists like American illustrator Andy Rementer and Singaporean artist Andy Yang to respond visually to the theme of “Trust.”

The magazine market with its quick turnaround and fierce competition has always been a fertile ground for creativity. This is a latest incarnation (ok, I’m a little late in discovering this) of a magazine: Kult’s ArtCade Machine — 3D Magazine. It merges a magazine with a 80’s arcade machine!

Kult, is a free printed quarterly magazine by a local creative agency of the same name that uses visual culture to explore issues of our society today. The ArtCade was created for its launch issue last year that explored the theme of “Trust”.

In its second issue, Kult looked at the “Artificial” and also created an interactive online version of its magazine. Unfortunately, it is offline currently. The magazine edited by Brendan Graham and art directed by Steve Lawler recently published its third issue, which features some 29 illustrations by artists from all around the world that looks at the health epidemic AIDS. Compared to the first two issues, which came in forms that explored new boundaries in magazine publishing, this is a little bit more regular, but still an interesting read.

Kult isn’t the first local magazine that devotes itself to use visual culture to explore issues. In fact, its art director Steve worked on the last issue of a now defunct local magazine FL.ag that runs on the same concept. Interestingly, the issue of FL.ag that Steve worked on also looked at AIDS and its cover image is the same one done by Austin Cowdall found inside this issue of Kult.