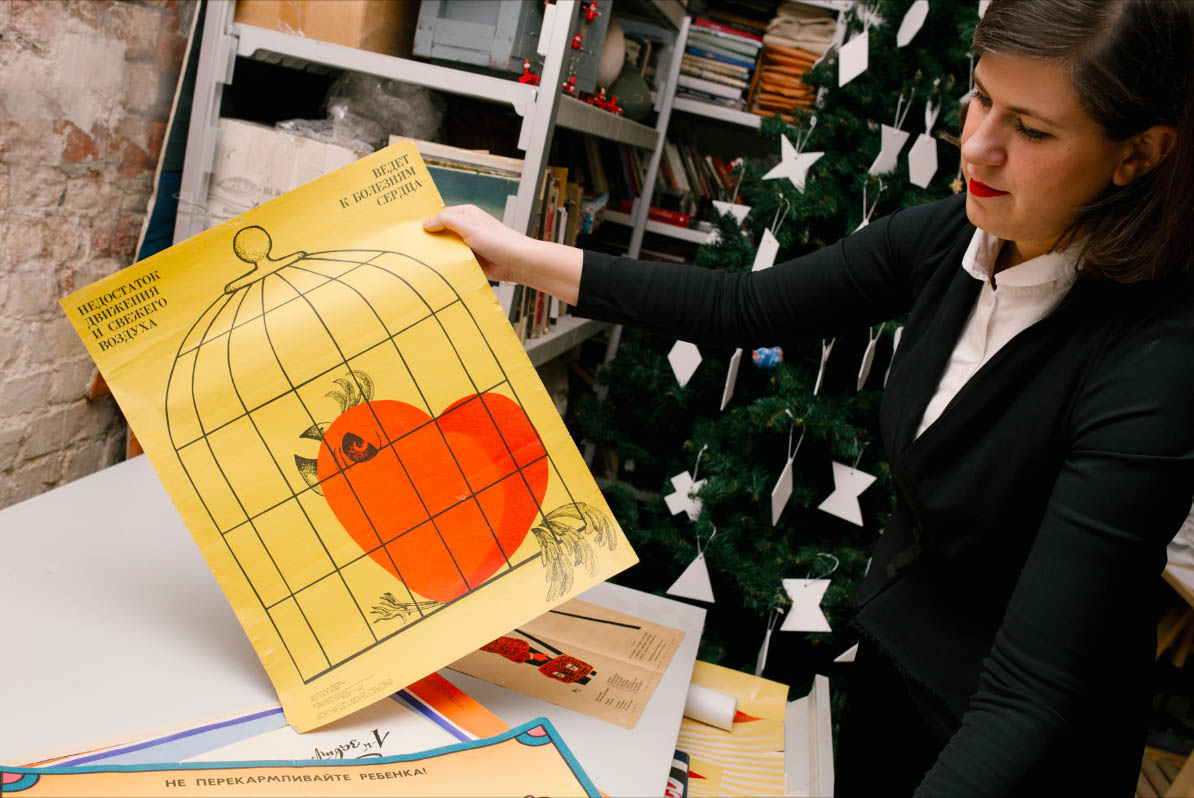 The institution, founded by two graphic designers, a journalist, and an architect (Alexander Sankova, Stephen Lukyanov, Nadezhda Bakuradze, and Valery Patkonen) has been racing against time to recover the quickly disappearing artifacts of Soviet design history. For a period that stretches from the 1920s to the dissolution of the union seven decades later, this means sifting through what has become discarded as junk and tracking down elderly designers who are surprised to be remembered at all.

“When we started collecting Soviet design artifacts, many designers cried out, ‘Where were you two months ago? I’ve just burned all my archives at dacha!’” explains Sankova over an e-mail interview. “They couldn’t believe that someone would ever want their archives for the museum.”

➜ Read the rest in AIGA’s Eye on Design